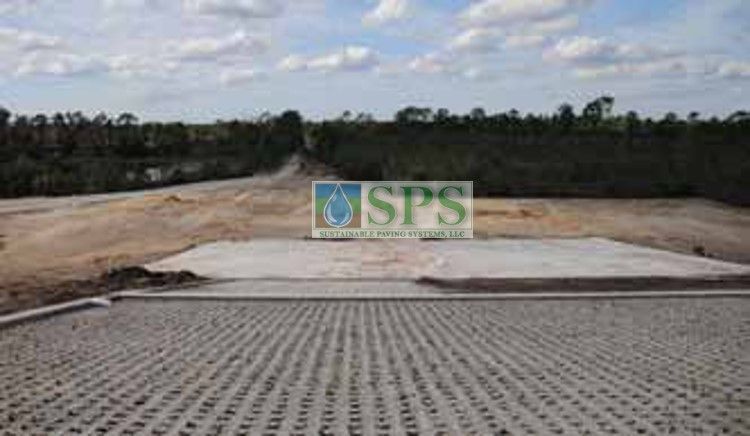 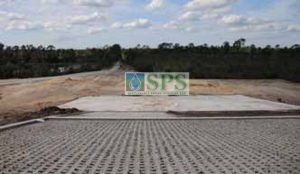 According to the Sikorsky Commercial Newsletter “The new pad was officially opened in early January 2010. In addition to providing a world-class landing area for Sikorsky aircraft, the pad also will be used as a pilot training facility for Sikorsky pilots and customers’ pilots. The new landing facility was created to allow for landing capability on inclines up to 15 degrees, in accordance with Aeronautical Design Standard (ADS-33) requirements.”

Sikorsky implemented a green solution for the landing area by choosing Grasscrete, in lieu of a solid concrete slab, a natural selection to ensure that there will be no erosion of soil, low maintenance and proper absorption of water to avoid runoff. The voids were filled with soil and planted with Bahia sod. 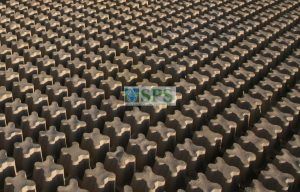 Grasscrete provides the availability of using single-use formers such as the biodegradable Molded Pulp Former to create a monolithic reinforced ready mixed concrete pour that forms a pervious pavement structure with superior structural integrity and performance. Strong enough to handle a 15k – 27k pound helicopter landing and at varying slopes of 6 degrees up to 15 degrees. The voids that are opened after the concrete hardens can be utilized as an exposed application with crushed stone or concrete or utilized as a concealed system with vegetation such as grass or native ground cover to fit any style of use required. Common applications include; sustained access, fire and emergency access, daily parking, roadways, medians, overflow parking, pedestrian access and water management.