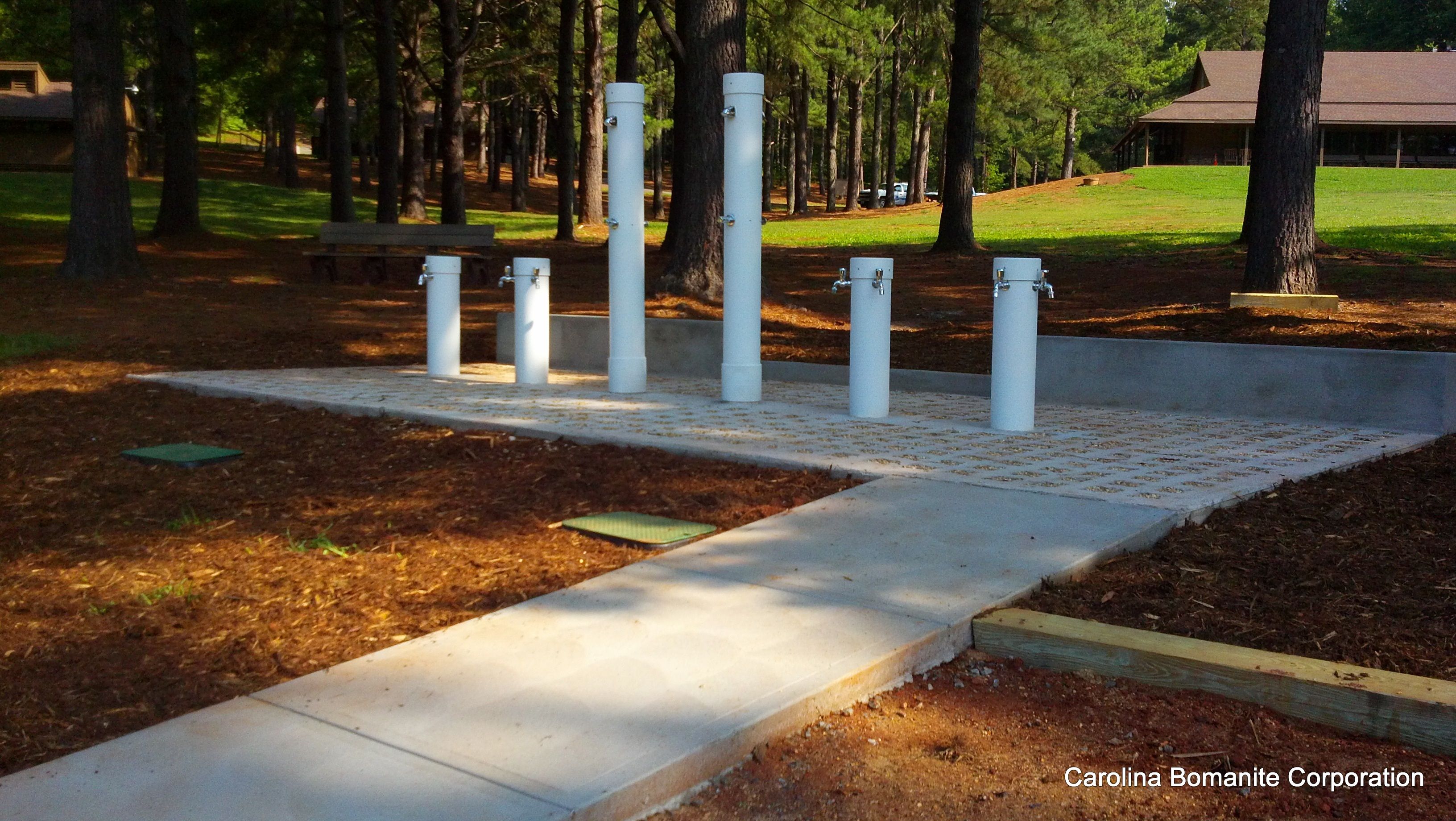 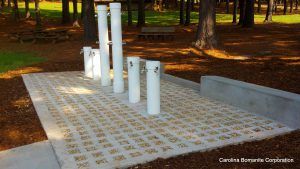 Early in 2012, John Fletcher, Owner of Carolina Bomanite Corp. was approached by the Piedmont Council Boy Scout staff in regards to improving the waterfront rinse station that had been in use since the 80’s. Several ideas were discussed including building a structure and installing shower heads. Due to constant use of the waterfront during the 7-8 weeks of summercamp each season, John decided to design a structure that could handle constant use by teenage boys, the elements and be able to be closed down and drained during the off season. Once the design was approved, it was a matter of installing the rinse station to plan. The Grasscrete base provided the positive drainage required to withstand almost

non-stop water during each week of camp. In addition, the small aggregate used to fill the voids not only facilitates drainage, but is easy on the foot to walk on. Vandal resistant valves and “tap on” automatic rinse and shower heads keep inquisitive boys from trying to disassemble. The manifold piping system enclosed in underground valve boxes allow the camp staff to isolate each tower, along with facilitate cold weather draining of the entire system by the turn of a valve.

One of the premier Boy Scout camps in the Southern Region, Camp Bud Schiele has a long tradition of serving Scouts from across the Piedmont Council as well as Scouts from as far away as Florida. Located in the foothills of Western North Carolina, Camp Bud Schiele serves close to 3000 scouts and adult volunteers each summer. Centered around a beautiful 31 acre lake, 1300 acre Camp Bud Schiele offers a full program of swimming, boating, target shooting, handicrafts, outdoor skills, climbing, C.O.P.E., high adventure, and a first year camper program. Opened in 1982, Camp Bud Schiele has always focused on the area of quality staffing and is committed to a well-trained staff to offer each Scout the best possible Scouting experience.